We will be reviewing the following jacks.

What is the Need for an Electric Trailer Tongue Jack?

First off, why do you need an electric trailer tongue jack when you can use the manual one that is already on your trailer?  The answer is in the old saying, work smarter not harder.  Sure you can use a manual jack, but those can be cumbersome and call for elbow grease.

The electric jacks may be a godsend for those suffering from arthritis and other diseases or injuries that make it impossible for them to hook their trailer up to their rig with a manual jack.  When I broke my collar bone I had to rely on others to crank our jack up so that we could get the trailer hitched up to our rig.  For me this was a headache because it was something I was used to doing myself and it was hard to ask for help.  An electric trailer jack would have been wonderful to have in this case

Best Way to Use an Electric Trailer Jack

When buying a jack there are some things that need to be taken into consideration like your trailer’s tongue weight and the quality of the electric trailer tongue jack. You need to make sure that you are buying something that will work for your situation

What To Look For

There are some things to be aware of when buying an electric trailer tongue jack.  First off, how much does the tongue of your trailer weigh?  This will determine how much weight your  jack needs to handle.  The other thing that needs taken into consideration is the quality of the  jack.  There is no sense in investing in something that will not last, so make sure that whatever you go with has good reviews and quality features that you will need.

Some electric trailer tongue jacks come with a manual option in case there is a malfunction with the electric part of the jack. There are also some jacks that come with a remote and LED lights on the jack itself to make hooking it up that much easier.

The cost and installation of an electric trailer tongue jack can be a deterrent for some people. Generally these jacks run around $100 and take some skill and the use of tools to install. For those who do not have tools or the know how it may be best to hire someone to install the jack for you, but that does come at a cost depending on the person who is installing it.

This jack is very sturdy and makes for quick work lifting your trailer up and down on the hitch. Very easy to install and comes with a one year warranty.  Little slow, but has more than enough power to get the job done.

This jack is easy to install and has 2 led lights which is a nice feature. Well built and quite sturdy. Lift is a bit slow but does the job. Real good jack for the price

Very easy to install and jack runs quiet and very smooth. A little slow, but in a hot Summer that added minute or two is well worth the saving of sweat 🙂

The highest capacity electric jack of the roundup. Very robust and powerful. Installation can be a little tough and makes sure to pay attention to the instructions. Will need to purchase some connectors for the wiring.

Very easy to install. Literally can be done in minutes. The drop leg can be lowered and raised manually and held in place with the supplied plunger pin kit. Lights to see at night are really nice

This jack is rated at 3650 lbs and has water resistant electrical components. Comes with a waterproof cover fuse holder. Easy to install, but you’ll need to get mounting bolts and nuts. Jack lifts pretty fast. Jack doesn’t ground itself, so you’ll need to ground it to the trailer

Our top choice of the jacks we reviewed is the Bulldog Jack. This jack has the highest tongue weight rating as well as the longest warranty and some extremely useful features. You may find other jacks that fit your bill better than this one, but for us this is the jack that gives you the most bang for your buck. 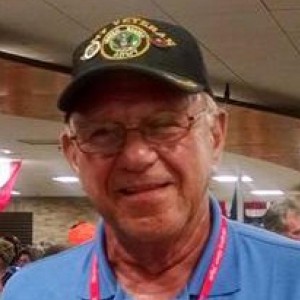 We are Howie and Nancy. A retired couple with lots of experience and knowledge of horses and everything horse. We look forward to you getting to know our site and hope we can offer some tips and tricks we have learned along the way in our 50yr journey. Should You Wear Shorts Horseback Riding – Pros And Cons Horseback Riding on a Budget – Ride For Less What Color Saddle Pad Looks Best on My Horse? How To Choose A Good Saddle – In Depth Video Series

Save 50% Off Amigo ACY Turnouts

Amigo Hero turnouts feature Air Conditioning Yarn which gives this turnout a highly durable and lightweight blanket for your horse.